» Front Panel wanted. Must be new

Hi folks,
I've been slowly building up my V50 (3 speed), had it for 18 months been on the road since November.
It's a little ratty but i like it very much!

As much as i enjoy the short ride in to work along Portsmouth seafront i do hate the top speed! It's a standard 50, pre restriction, so does about 40 at a push, not sure whether it should be better as i can't find much literature on the top speed etc. it's a fine ambler, but i want it to get to 30 a bit quicker. So...

I bought a V80 engine for christmas, turned up with a cracked case which must have been done in transit due to fluid being all over the place.
I ended up buying a PW80 (chinese replica actually) bottom end to use as a donor for the cases. Ideally it would have been nice to use the PW engine in it's entirety, but it would have meant having no neutral indicator light as it's on the selector drum (but not on the PW as it doesn't have one).
Anywho, engine is nearly built up ready to fit, i am upgrading to CDI too whilst i'm there as i want the reliability.
Once the engine is in and working i shall undertake a full strip down and respray as the frame is starting to show it's age. In fairness, it had been in storage since '88, so it's fairing pretty well!
Does anybody know what i can expect from the 80? I know it won't be a rocket by any stretch, but i'm hoping for a noticeable increase in acceleration.

Well, that's it really, i'll attempt to attach a picture in a bit! 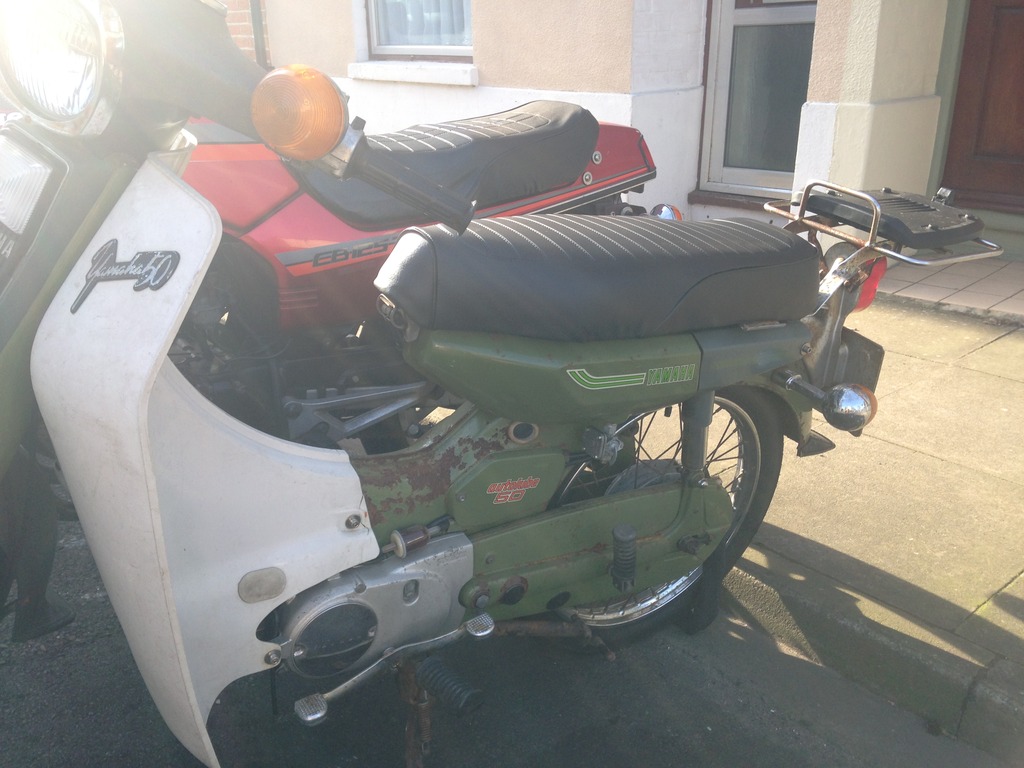 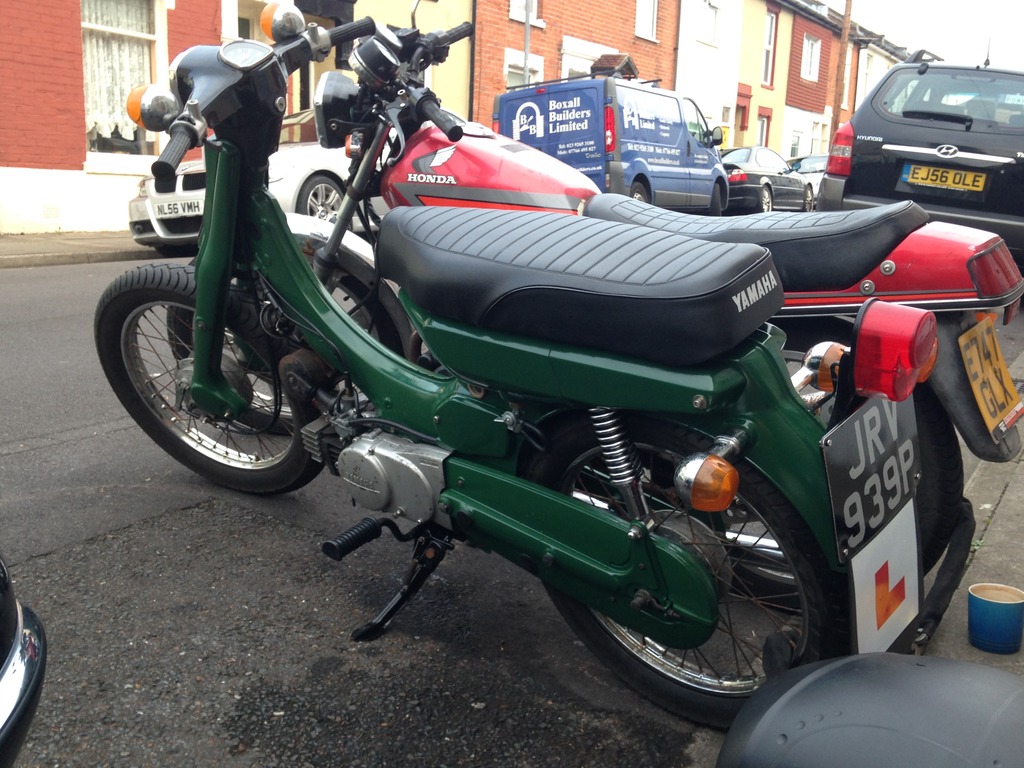 This is the bike as it stands at the mo. Progress is slow!

Not so bad at all. Seems like you did a decent work

From the photo seems to have done a great job.
Well done.

Similar topics
» 11hp tecumseh, worth building?
» Building new gaming PC
» Building a trail tractor, in less than one week!
» Base Building
» Building your own Audiopipe.